October 24, 2013
Did you know Bata shoes were originally founded in Czech Republic? Yes our very own Bata, which we rarely give a second glance to, because its that ‘cheap local Indian brand’. This was one of the first facts I discovered in Prague. The same Bata, where my mom used to buy me those hawai chappal as a kid (yes I was a 90’s Bata chappal kid), actually had amazing boots in Prague. But more on that later.. we need to start at the beginning. 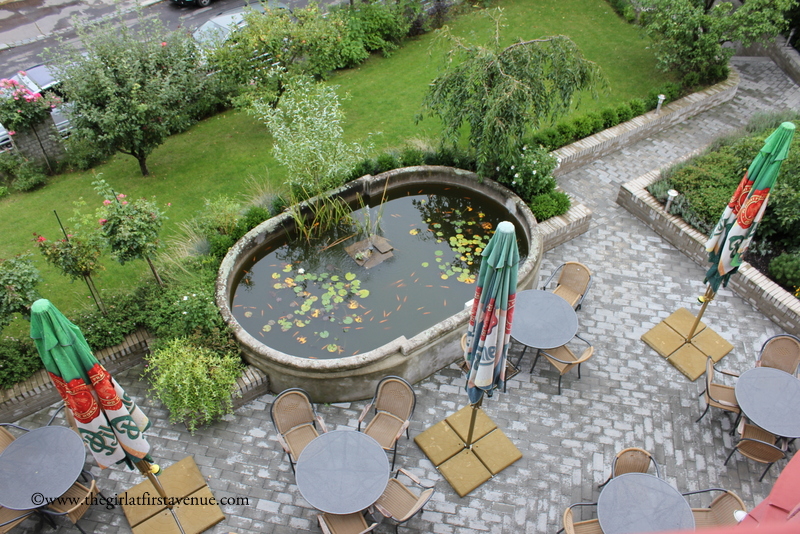 That’s the view from the balcony of my room, where I almost dropped the camera from the second floor in my eagerness to start clicking photos. First time trip to Europe does that to a girl. If I go visit the same places now? Switzerland..? Phhttt.. I holiday there every summer *makes those annoying hand waves* Seriously though, I think I’d be awestruck even after a million visits and that’s the beauty and charm of Europe. Always leaves you wanting more and more. When we went in September the weather was unusually chilly, even the locals agreed. That translates into unbearably cold for me. I am a complete sunny-beach-side-summer kinda girl, who’ll pile on layers of coats at the tiniest drop in temperature. I can’t stand the cold! 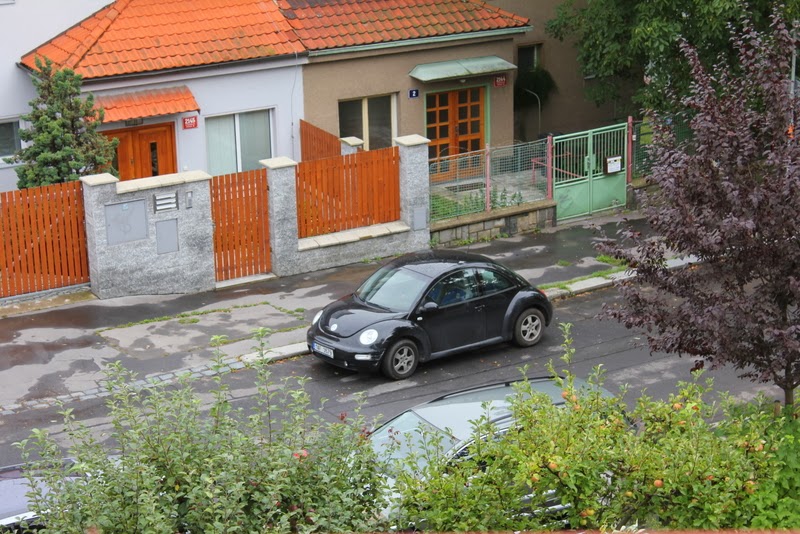 This baby was parked right outside our hotel 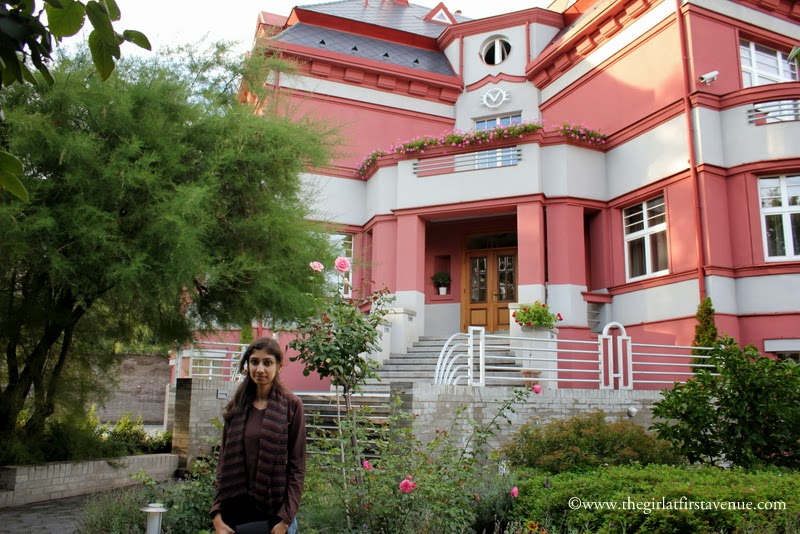 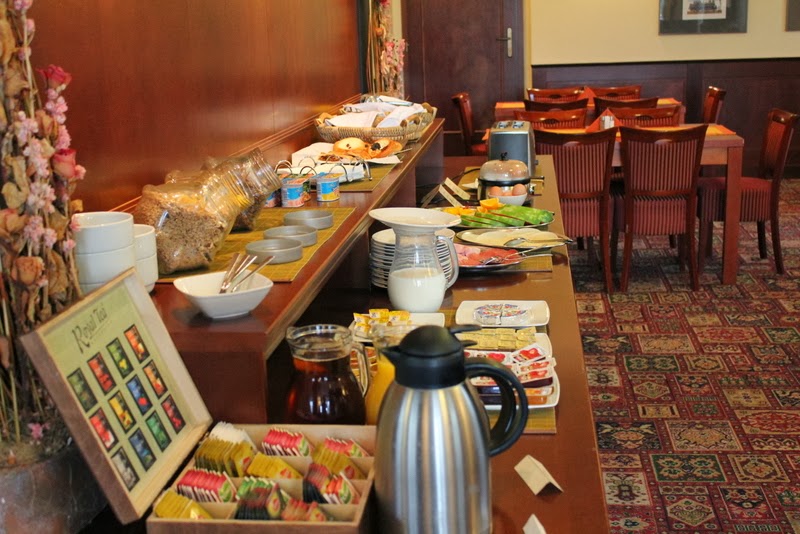 After a few touristy photos around the hotel (which was pink in color??) and a rather hurried meal we set out exploring. Best way to explore European cities – walk, walk, walk! I was not into blogging back then (this was in 2010 I think) so I have no proper outfit pics to show, but all I wore on the entire trip was walking shoes. Walk down the cobblestone streets in the center of Prague, and you’ll feel like you are in a different century. The city is made for walking, stopping and admiring. And the weather is so great that you will never tire of walking. 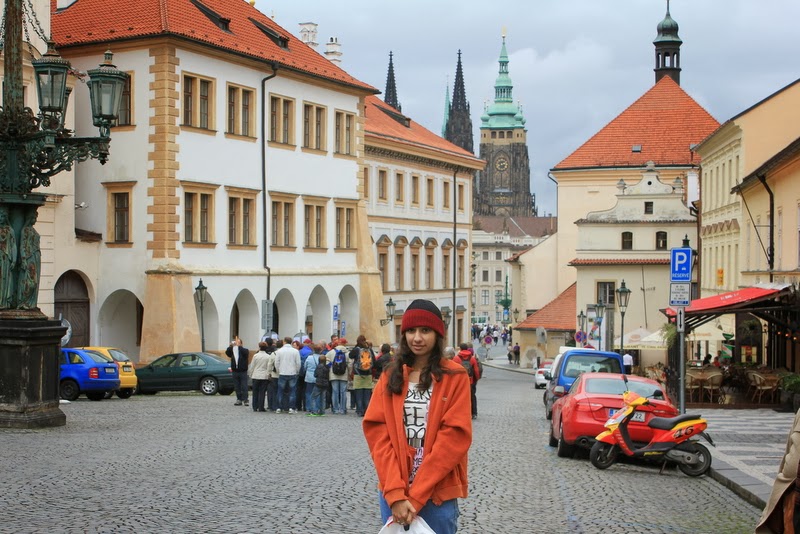 See me already donning coats and knits? I even wore gloves inspite of the crazy looks I was attracting. Comfort first, crazy later right? (or is the other way around?)

Now I don’t anything about architecture, least of all about European architecture of churches and palaces but the evident beauty of these buildings is bound to stop even the least interested man in his tracks. Its hard not to be awed by the design, the intricate stone work, the carvings and the sheer majestic-ness of the architecture. If you are someone who appreciates art, of any form, you will appreciate this. That’s the entrance gate of the Prague Castle. Thanks to hundreds of people (out of which 80% were Japanese for some reason) waiting to enter and obstructing the splendid view this was the only pic I could manage. 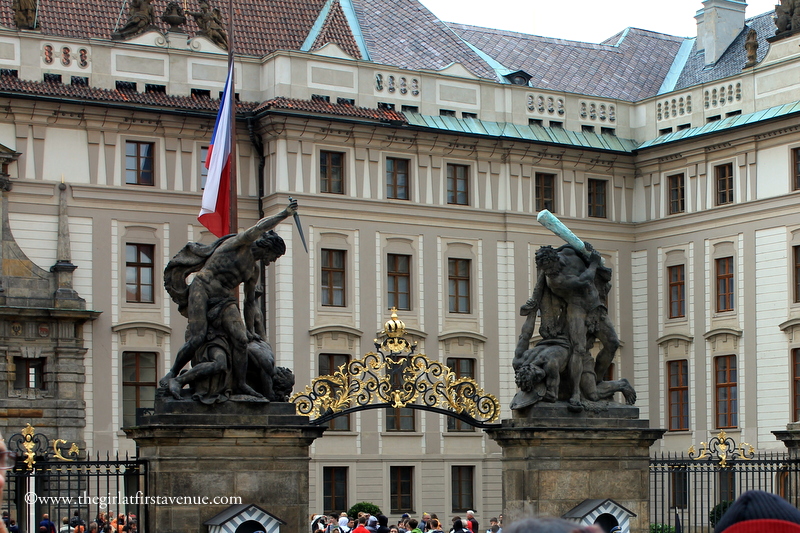 Street musicians are a common sight, specially on the famous Charles bridge. Its so funny to see them suddenly break into a dance, even more funny when tourists join them, funniest when you find yourself doing the same. The guy in the middle reminds me of a Thom the gleeman (and if you are not an obsessed reader of the ‘Wheel of time’ series forget I mentioned that. You wouldn’t understand the reference) 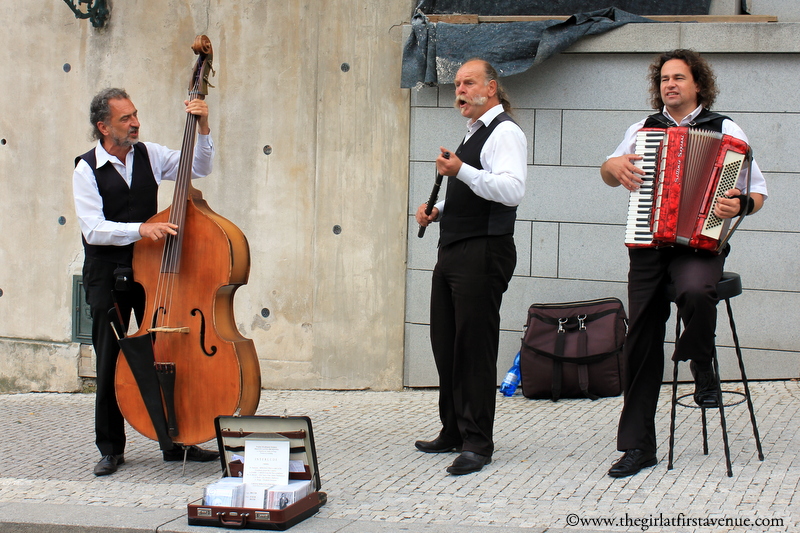 Photography wasn’t allowed inside . Everyone read the sign and promptly fished out their cameras. Human mentality is something I’ll never understand. Most people were discussing the religious and historical aspect of the paintings and sculptures, but I was plainly admiring it for the artwork. Trust me these photos are nothing compared to what it looked like in reality. 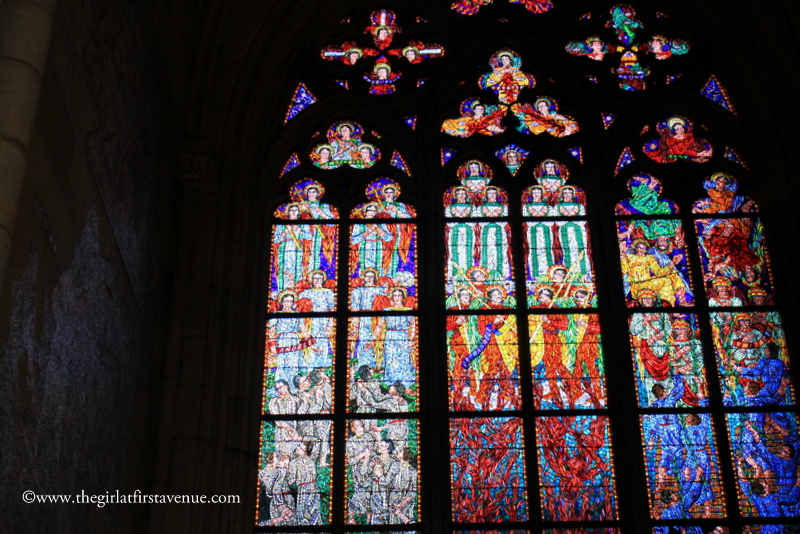 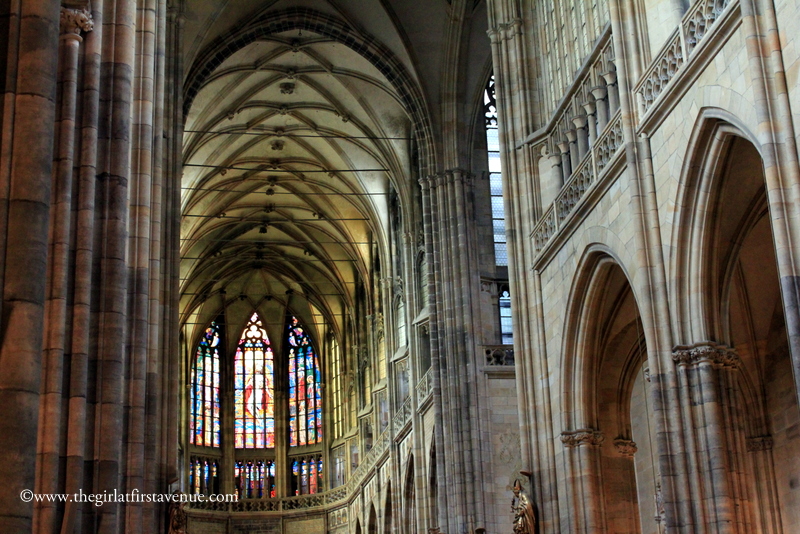 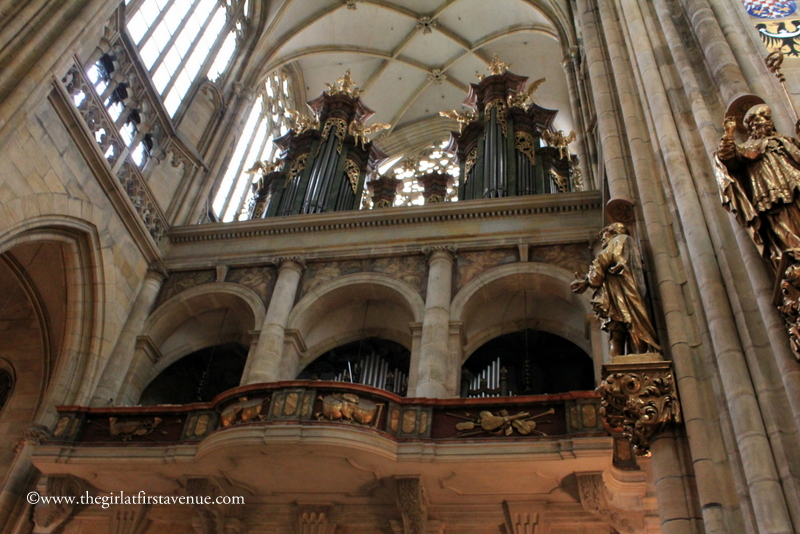 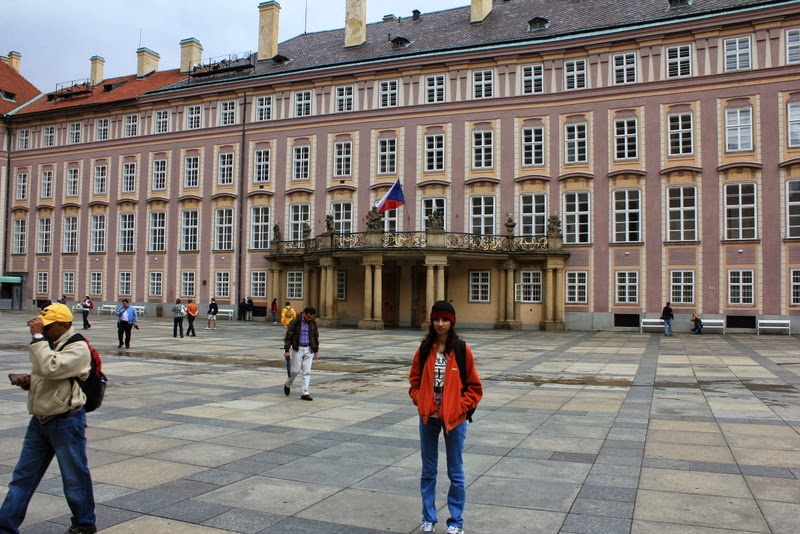 Unfortunately we couldn’t enjoy any sunny weather that day. It was cloudy and there was a heavy rain (according to them) which was a mere drizzle (according to me). I thought European countries have their fair share of rain and wind but apparently none of them have ever seen anything like out tropical monsoons. The walk from the castle to charles bridge is spectacular. If you need a break from all the walking, all you need to do is pop into the first little cafe that you spot and grab a coffee and an authentic french pastry and munch your way forward! 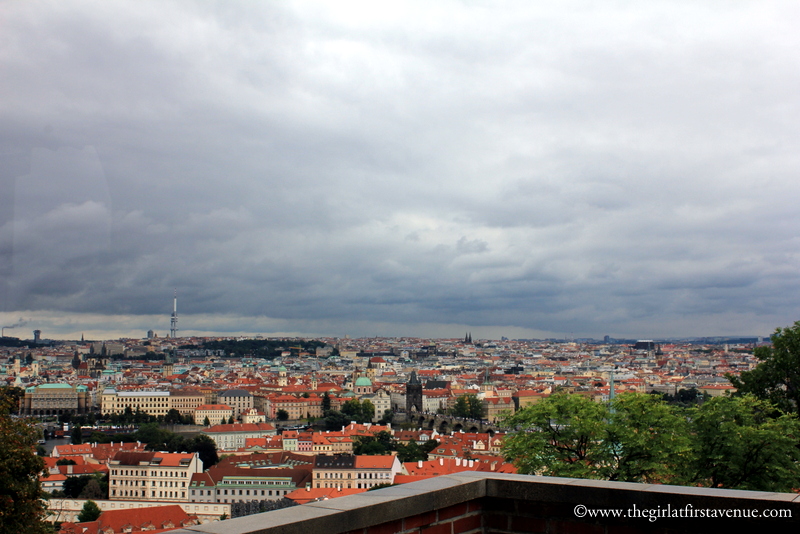 Walking from Prague Castle to Charles Bridge – the touristy spots 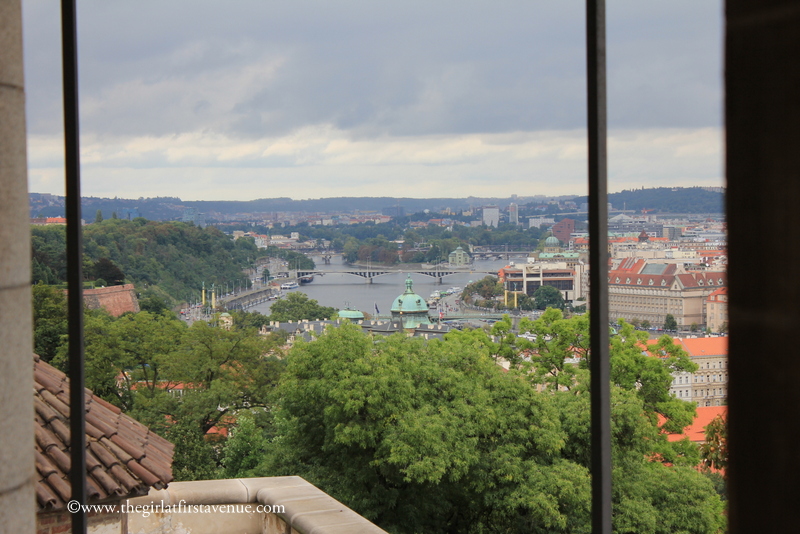 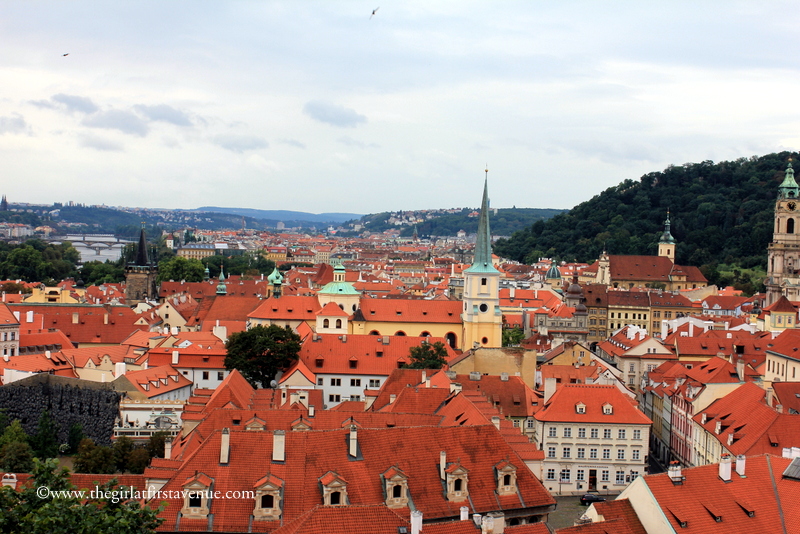 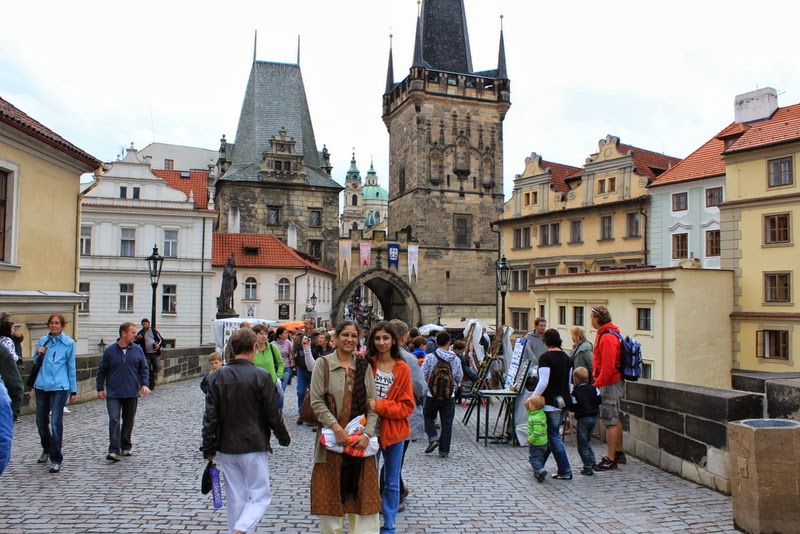 Me and mom on Charles bridge!

Charles bridge needs no introduction. ‘Bridge’ is only a technical term for it. Its a link to both the sides of Prague, providing a fairytale view of the city’s skyline and the Vltava river beneath it. Its truly the center of the city. During the day there are throngs of people walking over it, sketch artists (who are pretty good!), souvenir shops and street musicians. If you happen to be there look out in particular for jazz bands who happen to be quite entertaining! It’s also one of those customary photo locations for post-wedding shoots. This couple (below) was the third we spotted that day on the bridge! 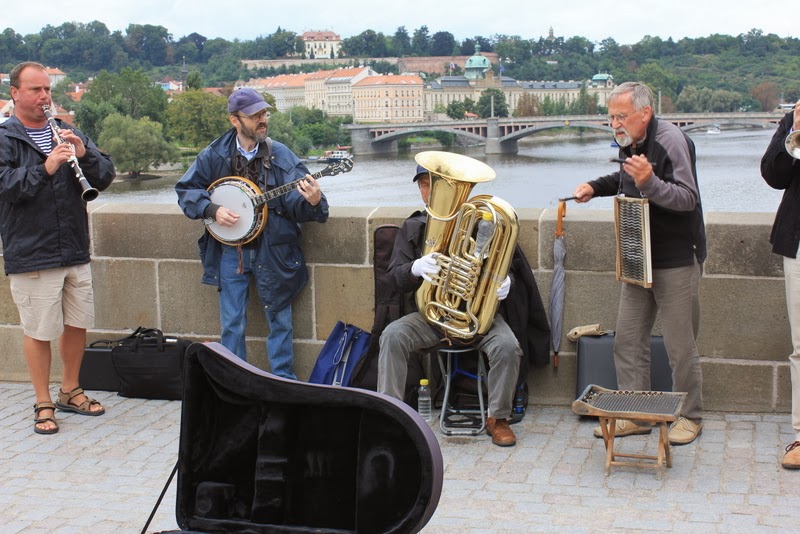 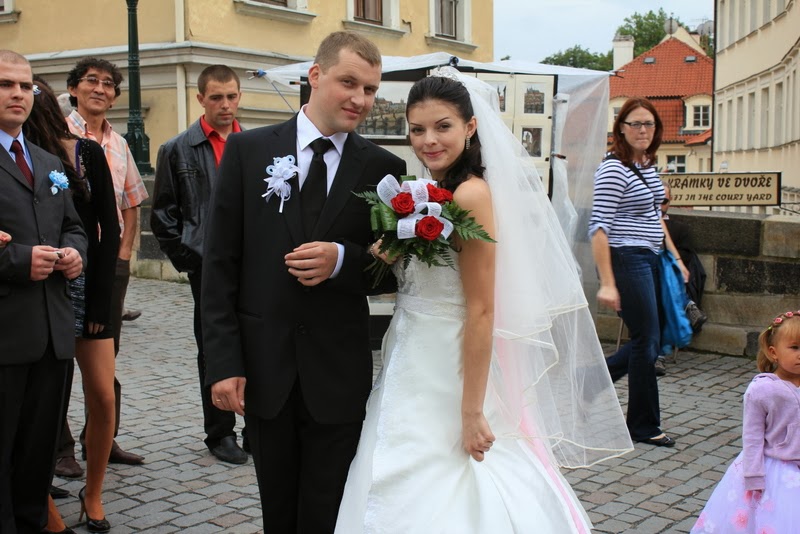 What to remember when in Prague:

I love being at home but not as much as I love to travel. I hate going to the same place twice simply because there is so much more to cover and see, and so little time. If I had all the money in the world, I would spend it all on travel and even if I was broke, I would beg-borrow-steal and somehow travel. Some of us are born globetrotters (I mean how can you not love it?!). For a while I’ve been wanting to start a travel series on the blog, but was unsure of the kind of response it would have. But the urge to share my love for traveling was too overwhelming to be suppressed any longer.
Since we have all read enough of those what to see, where to eat, what to shop type posts, am only going to share my (mis)adventures! The series will include all the places that I’ve covered in the past and the ones I shall cover in the future.