5 ways to be a tourist in your own city

There was a time when I used to get stumped when people asked me about places to visit in Hyderabad. Having lived in this city almost my entire life, it was hard to look at it as a ‘tourist spot’. Yes, there are plenty of resorts in Hyderabad city where you could relax in villas, or indulge in water games, there are iconic spots like the Charminar, the Salarjung museum and the Chowmahalla & Falaknuma palaces; but they all seemed redundant after a while. There are a few weekend getaway options as well, but what else was there? 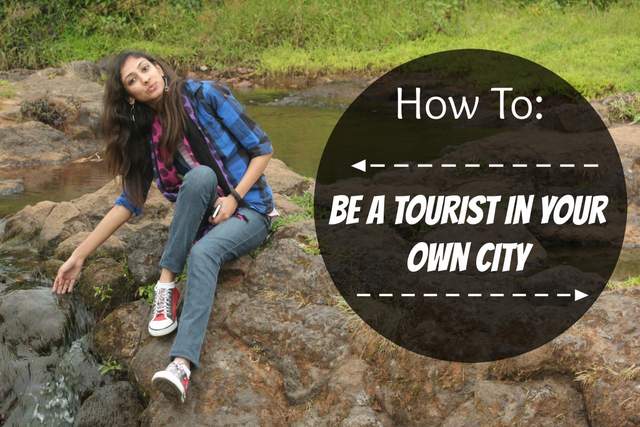 Until I finally figured out a few ways in which you could be a tourist in your own city.

Hyderabad is basically divided into the old city & new city. Both offer two entirely different perspectives of the city and are quite a contrast from each other. Also, both have plenty of areas that remain unexplored, even for someone who has been living in the city for years. The best way to feel like you are in a new place is to go to a new part of the city. Maybe a hotel you have never visited, or a street market that is really famous or some part of the city that you are really unfamiliar with.

There’s nothing like a guided tour with a bunch of people from various places, and a tour guide giving you information about the city, the history, fun facts and such to make you feel like you are somewhere else. Sometimes you need a new voice telling you the same story, to open your mind to a different perspective.

Ever tried sailing in the Yacht Club at Hussain Sagar or taken up scuba diving training classes? Clubs like the Hyderabad Adventure Club give you a plethora of options from trekking to rock climbing. Next time ditch the movie and dinner plan and try something new instead.

Places like La Makaan and Shilparamam Amphitheater are host to a wide number of theater plays and acts. You don’t need a fancy Opera House when you can have a similar experience in your own city.

Go for a photowalk

Grab a camera, and go for a photowalk. You’ll be amazed at how many little things you notice through the little viewfinder of your camera, which you failed to notice with your eyes wide open. Sometimes having something like a photo walk gives you a different kind of focus. One that focuses on creating new memories and exploring new ideas, which can make you look at the same place, the same street and sometimes even the same faces, from a very different angle

Get exploring and discover something new!